US Government Insiders Confirm That UFOs Are Real


During a live streaming event, a panel of former US government officials and contractors have confirmed the existence of Unidentified Aerial Phenomena, more popularly known as UFOs. 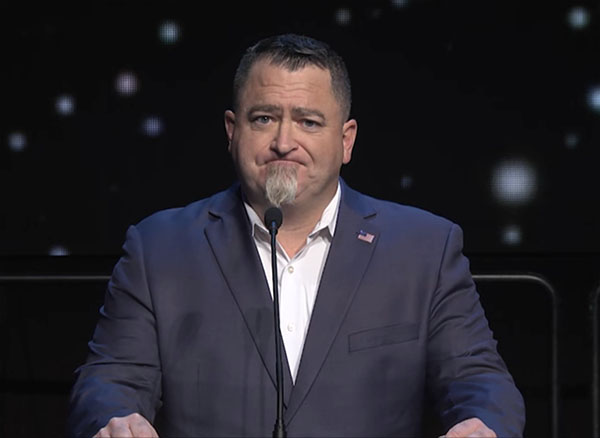 Luis Elizondo states that UAPs are 'indeed real'. Image source: To The Stars / YouTube
The live event, which can be viewed via the embedded video below, was organised by former Blink-182 vocalist Tom DeLonge in order to launch his new organisation ‘To The Stars Academy of Arts & Science’. According to the academy’s web site, its purpose will be ‘to bring transformative science and engineering out of the shadows and collaborate with global citizens to apply that knowledge in a way that benefits humanity’.

To achieve these lofty goals, DeLonge has gathered an impressive panel of former US government officials and contractors, some of whom have only left their previous positions in the last few weeks.

During the live event, certain members of the team went ‘out on a limb’ to publicly confirm the existence of Unidentified Aerial Phenomena (UAPs). In particular, some remarkable statements were made by Chris Mellon, consultant to the US government for national security matters, and Luis Elizondo, former Director of Programs to Investigate Unidentified Aerial Threats from the Office of the Secretary of Defense.

Chris Mellon began by giving a detailed account of an incident from 2004, in which the battleships USS Nimitz and USS Princeton encountered an unidentified aerial vehicle which was tracked on several radars, and witnessed at close range by fighter pilots. After explaining the seemingly impossible shape, velocity, and manoeuvrability of the vehicle, Mellon commented, ‘Clearly this is not an experimental US aircraft’. He then added, ‘This story might sound like a sci-fi movie, but it is a true story, and far from being the only one of its kind.’

Later during the event, Luis Elizondo stated that he has spent almost the last decade running a ‘sensitive aerospace threat identification program, focusing on unidentified aerial technologies’. He then went on to say, ‘It was in this position that I learnt that the phenomena is indeed real.’

The announcement by these insiders that UAPs are ‘indeed real’ has been seen as a major move forward by UFO disclosure advocates such as lobbyist Stephen Bassett, who has added a press release to his web site stating ‘hundreds of reporters should be heading over immediately to the Pentagon press office with some very tough questions’.

The full video can be seen below. More information about ‘To The Stars Academy of Arts & Science’ can be found on their web site.