Are We All Living in a Virtual Reality?


In a world dominated by computers, we find ourselves drawn into numerous virtual environments on a daily basis. Now, a growing movement of thinkers and scientists have found themselves asking the question: is our universe itself a virtual reality?

At first it may seem like a ridiculous idea, but the more science delves into the underlying nature of our cosmos, the more its nature seems to resemble that of an advanced computer simulation. The idea of a virtual universe has been around for millennia. Long before the age of computers, ancient philosophers were already questioning the nature of their existence.

Plato’s Allegory of the Cave is a famous example. Plato’s tale considers that if the only thing a person ever saw of the world were shadows cast onto a cave wall, then that person would assume that the two-dimensional shadows were the only reality. They would not realise that another three-dimensional reality had to exist in order to cast the shadows.

However, it was probably the science fiction film ‘The Matrix’, released in 1999, that most recently caught the public’s imagination, and prompted more people than ever to wonder if their existence might be a part of some grand computerised illusion.

Before we even begin to dig deeper into this question, other complex quandaries start to emerge. For example, how do we define what is real? If we put on a virtual reality headset, and find ourselves immersed in a virtual environment shared by other users, is that environment ‘real’ or not? The virtual environment does not exist within our outside reality, and yet it does have a reality of its own. In the same way, could our outside reality just be another virtual reality within an even greater outside reality? An image of Russian dolls comes to mind. How many doll-like virtual universes might sit inside one another? 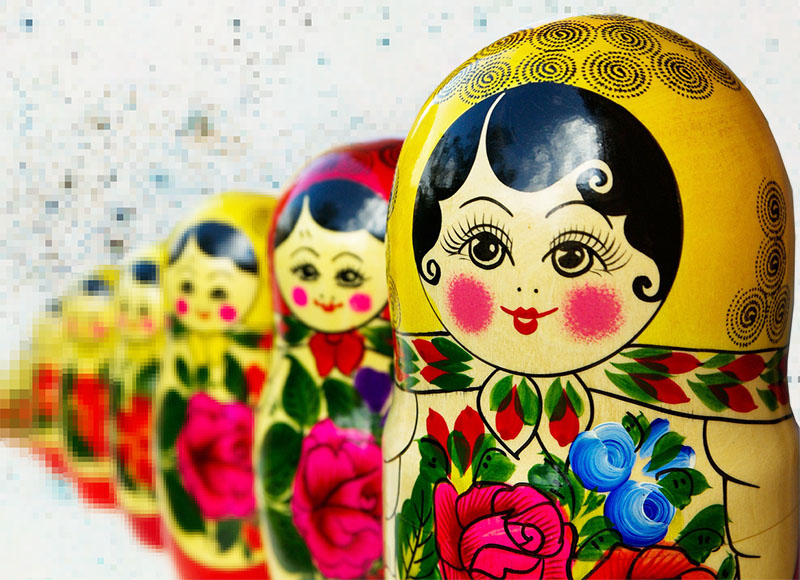 Like the Russian dolls, these philosophical ponderings could go on forever, so instead let’s take a look at some scientific research that has started to bring the concept of a computer generated universe into focus.

The strange mathematical realm of quantum theory – the physics of how sub-atomic particles function, interact, and build our reality – is underpinned by a principle of uncertainty. An event in space and time is said to exist in an uncertain state until it is directly observed.

This relates to the old philosophical thought experiment – if a tree falls in a forest and no one is around to hear it, does it make a sound? In quantum theory, the question is actually: did the tree fall at all? According to the theory, until someone turns up in the forest to take a look at the tree, it is both fallen and standing at the same time. When someone does turn up in the forest, the ‘wave function’ collapses and reality decides whether the tree has indeed fallen or is still standing.

This could be considered similar to how a computer game works. When one of the game characters disappears off the edge of the screen, they no longer exist in the ‘reality’ of the game for the player, and instead only exist as a mathematical probability within the computer program. They will remain that way until the player shifts the screen perspective, and the computer renders the character on screen again – essentially bringing them back into ‘reality’.

The ‘holographic principle’ is another mind-warping concept within physics. The theory is oddly similar to Plato’s Allegory of the Cave mentioned earlier in this article, except this time it’s the other way around. The principle, first proposed by Gerard 't Hooft, suggests that the three-dimensional universe in which we exist, is in fact projected from a two dimensional ‘cosmological horizon’.

If this sounds peculiar, that’s because it is. However, think about a how a virtual reality computer program works. The person wearing the VR headset would experience a three-dimensional ‘reality’. However, this ‘reality’ is directly generated from binary data stored on a two-dimensional hard drive. If the holographic principle is correct, and many physicists believe it is, this could be another indication that our own reality is somehow computer generated.

In 2003, a philosopher named Nick Bostrom proposed an idea based on the assumption that if societies advanced far enough in the future, they would have computers powerful enough to create highly realistic virtual simulations of the past. Due to possible large number of the simulated realities, he suggested that it was more likely that we exist in one of the simulations, rather than the single original universe.

Supporters of this proposal have grown in recent years. Among them is billionaire Elon Musk, CEO of Tesla and SpaceX, who has been outspoken in his belief that we almost certainly exist within a simulated universe. In addition, in 2016, a small group of scientists and philosophers gathered for the annual Isaac Asimov Memorial Debate, to discuss whether the universe could indeed be simulation. The outcome was inconclusive.

However, this proposal has some flaws, for example, civilisation may not last long enough to build such advanced computers, or perhaps it is not possible to create such realistic simulations within our own universe. However, this does not preclude other possibilities. For example, an external reality may be more complex than ours and have computers, or something like a computer, that can create a less complex universe with ease. To intelligences within that reality, we might look as simplistic and block-like to them as the original Super Mario characters look to us. 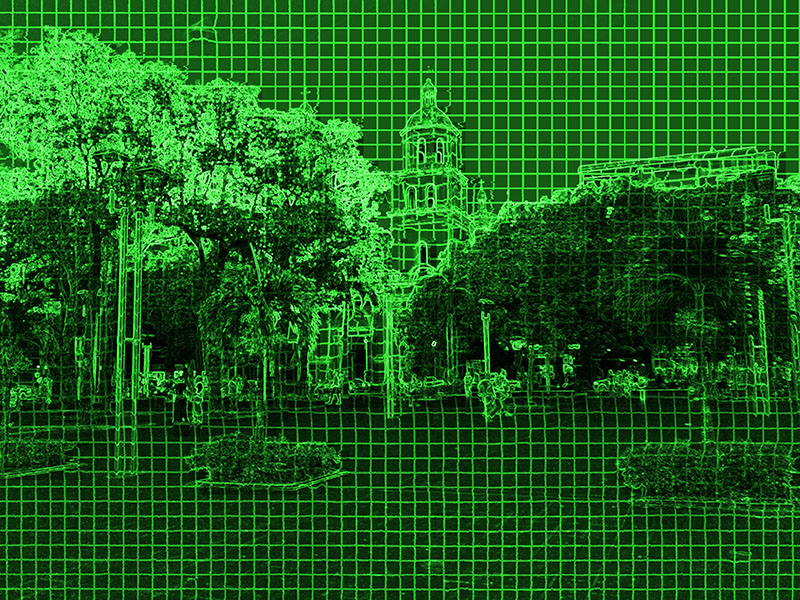 If we assume that our reality is indeed a computer simulation of some kind, then could it be possible for us to hack the code of the universe itself, and take control of our reality? Imagine if we could somehow rewrite the code of the cosmos and instantly transport ourselves from one place to another without expending any energy. It might also be possible to create objects from nothing and transform our physical forms. To others this might seem like magic, but it would actually be nothing more than clever reprogramming of our environment. However, it is unlikely that this will ever be possible. Whatever intelligence created the supposed virtual reality, will almost certainly have added safeguards against internal hacking. After all, would you want a character from your own computer game to be able to rewrite the game from within?

Who Are the Programmers?

If we do exist within some kind of virtual reality, who created it? The traditional concept of an all-powerful creator God is suddenly replaced with that of an all-powerful Programmer. Or were these the same concepts all along? The Programmer would certainly be all-powerful when it comes to controlling our reality, but in their own reality, they may be no more powerful than a teenager who spends their time creating worlds within Minecraft.

Can It Be Proven?

It will obviously be very hard to prove or disprove whether we exist in a computer generated environment, as everything we could measure, or use to measure the environment would also be computer generated. However, one theory has been put forward that if the universe is a virtual reality, then the fabric of space should be constructed of invisible grid lines. Some fragmented evidence has been found in nature that could support this theory, however it is still far from conclusive.

So if we assume for a moment that this is all true, then what does it mean for us, and our lives (and deaths) in this reality? When we discuss these ideas, we only have the context of our own daily existence to imagine what might exist outside of it. Plato talked of shadows; we talk of virtual reality. Perhaps the true external reality is something even more incomprehensible. We may be like ants trying to understand an iPad – the ant can crawl into the iPad, and explore its internal landscape, but can it ever comprehend what the iPad is for?

Maybe the real question is: are we just characters in this computer game, or are we the players? If we are characters, then when we die, our existence is most likely unceremoniously erased from the program. On the other hand, if we are the players, then death might simply be the moment that we remove our headsets when the game is over.

Sources and Further Reading:
Allegory of the Cave
Wave Function Collapse
'If a Tree Falls in a Forest'
Holographic Principle
Simulation Hypothesis
Are we living in a computer simulation? Elon Musk thinks so
Is the Universe a Simulation ? - Isaac Asimov Memorial Debate