Could the 'Greys' Be a Race of Humans Who Evolved Underground?


Many ideas have been put forward about the origins of the mysterious ‘grey aliens’ who allegedly abduct people from across the globe. However, one of the more overlooked theories suggests that the greys could be less extraterrestrial, and more subterrestial. 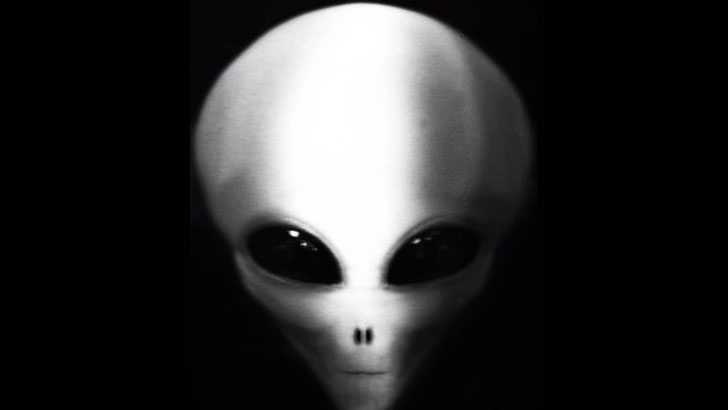 In this article, we explore the possibility that the greys are not aliens at all, but an ancient race of humans or hominids who migrated into the depths of the Earth many thousands of years ago, and have since adapted to their environment.

Charles Darwin famously came up with the concept of natural selection in his ‘Origin of Species’ paper published in 1859. Since then, numerous real-world examples have bolstered this idea, and most scientists now accept the theory as truth. For example, in the early 19th century, the peppered moth was usually seen with white wings and small black specks. However, when industry and smog took over northern English cities such as Manchester, a new variety of the moth was found with black wings. In this changed environment, the black winged moth blended in better with its surroundings and was less likely to be spotted by predators. By the end of the 19th century, the black variation of the peppered moth had become the predominant type in Manchester, and made up 95% of all sightings. 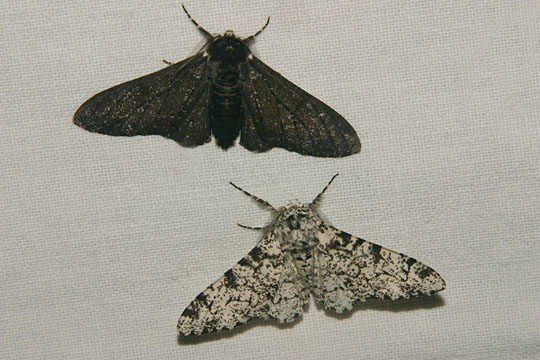 The peppered moth.
Similar changes are believed to have occurred with human evolution over time. For example, it is thought that as humans migrated north from Africa into Europe, they developed lighter skin to help avoid vitamin D deficiency in a climate with less sunlight. More recently, the bones of a newly discovered species of humans were discovered on the Indonesian island of Flores. This lost branch of humanity, nicknamed ‘the hobbit’, had evolved to become unusually small due to a process known as ‘insular dwarfism’ which occurs in environments where resources and land areas are limited.

So, if for a moment, we accept the possibility that a branch of ancient humanity may have found its way from caves, to underground tunnels, and then perhaps to even lower recesses of the Earth, how would this have affected the evolution of such a people? 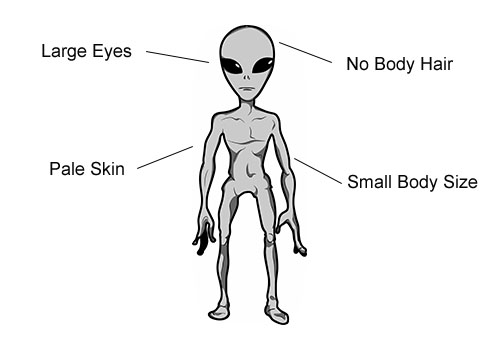 Pale Skin
It is likely that the underground dwellers (or subterrestrials) would have developed pale skin due to the lack of sunlight beneath the Earth. Darkness in skin tone is caused by a pigment called melanin, which helps to protect the skin from UV radiation. Since the amount of UV radiation would be limited in the subterrestrial environment, there would also be no need for high levels of melanin in the skin.

Large Eyes
Another side effect of having no sunlight in the environment would be the need for the subterrestrials to adapt to almost near darkness. It is possible that a small amount of light would be generated by bioluminescent creatures and lava flows, however this light would be so limited that the eyes would have to grow very large and perhaps even adapt to see infrared radiation emanating from the rocks heated by the Earth’s core. The pupils would probably need to take up the full ocular area to allow as much light as possible to enter the optic nerves, resulting in large black eyes.

Small Body Size
In the same way that the hobbits of Flores became small due to the effects of ‘insular dwarfism’, this same effect would very likely occur during the evolution of the subterrestrials, due to the cramped and limited conditions that would exist beneath the Earth. In addition, the incredible heat that would be experienced under the surface would probably lead to a smaller body size, as a reduced mass requires less energy for cooling. A smaller body would also be beneficial due to the lack of food resources underground.

No Body Hair
The intense temperatures experienced beneath the Earth would mean that body hair would most likely become redundant. Above the surface, body hair is beneficial to help keep us warm, but there would be no need for this beneath the ground. 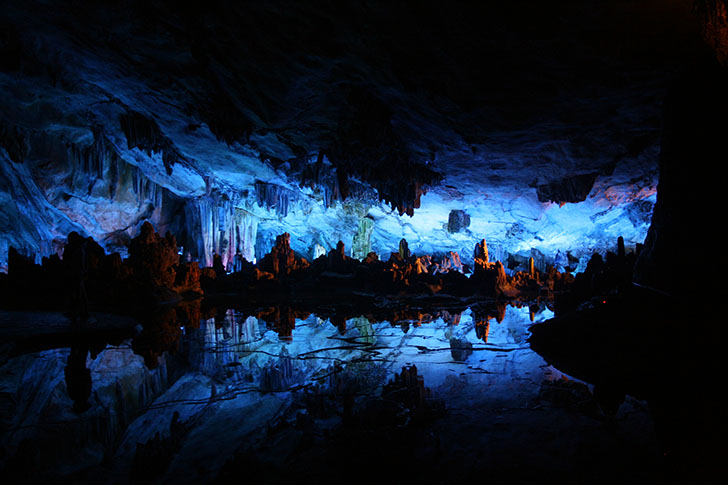 All of these features sound familiar when considering the description of the greys given by abductees. However, is it even possible for a species to exist solely underground? Research suggests that water is the key ingredient for life, and wherever water exists above or below the surface of Earth, life does too. Recent findings suggest that some bacteria may live up to twelve miles beneath the surface, and possibly even deeper.

Perhaps, there are caverns and recesses inside the planet that go much further down than any modern human has ever travelled, and it is conceivable that these recesses could be an oasis for subterrestrial life, including the infamous greys. In fact, these beings may have adapted to their environment so well, that they were able to spend their time developing their minds and their technology instead of worrying about how to ward off predators and warring tribes. This might explain how their technology seems to be so far in advance of our own.

Further Evidence
So, is there any further evidence to support this theory? Surprisingly, there might be. UFOs are often seen, and tracked by radar, moving rapidly across our skies. However, they are rarely, if ever, tracked travelling into space. Conversely, there have been numerous sightings of UFOs plunging into water, and even more amazingly, descending into volcanoes. Thermal cameras mounted near Mount Etna in Italy recently showed an unexplained object seemingly descending into the volcano from the air, and there have been several similar examples. It has been suggested that the volcanoes act as passageways to the underground realms in which these beings dwell. 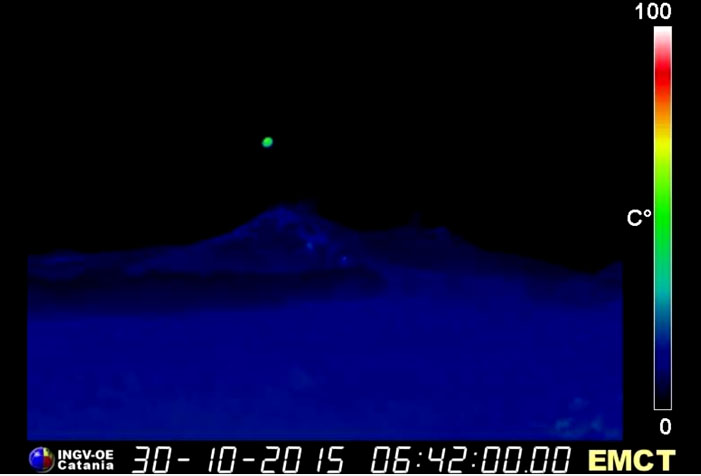 Mount Etna UFO.
In addition, a few abductees and other witnesses have claimed that the greys have massive underground bases situated all over the planet – one of the most infamous being in Dulce, New Mexico. However, there has never been any proof of these claims.

It should be highlighted that all of the above can only be considered as speculation since no known direct evidence of the subterrestrials’ existence has ever been found. However, it is a fact that many people across the world have reported seeing, and being abducted by these ominous grey beings, and perhaps rather than looking up to the heavens for answers, we should be looking beneath our feet.