Is It All a Matter of Time?


The wide world of fiction is peppered with tales of time travel, from the imaginative magnificence of HG Wells' Time Machine to the Saturday night whimsy of Doctor Who, 52-years-old and still going strong. But why is this subject so endlessly fascinating - could it be that we all have a secret yearning to move forwards and backwards in time, and have some people actually managed this incredible feat? 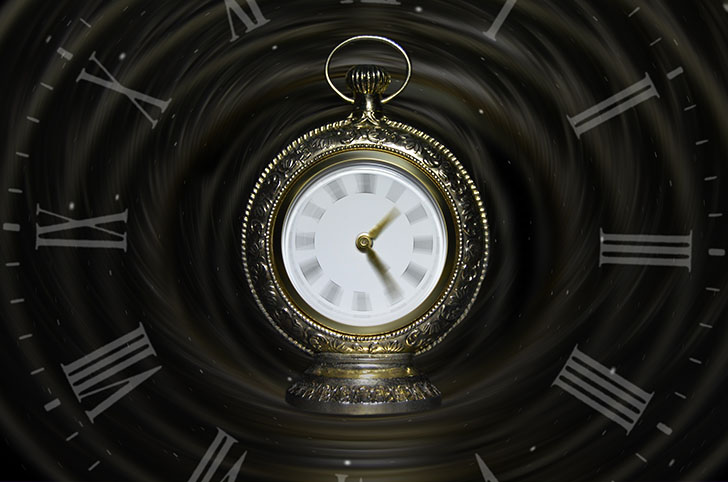 Sceptics would suggest the answer is no. 'Where is the proof?' they would ask, 'where are the scientific documents and suchlike'? However, like all dips into the beautiful pool of the paranormal, there are tantalising glimpses that such phenomena does exist, or, paradoxically, has existed at some point in time.

There are tall tales, folk tales and downright lies on the subject of time travel. A quick search of Google more than underlines this. Among the nonsense, however, are some mysteries for which there have so far been no satisfactory explanation, and ones about which the reader must make up their own mind.

You want photographic proof of time travel? Some say it already exists - in the form of the so-called Time Travelling Hipster. This cool dude is pictured looking massively out of place on a famous image from 1941, at the re-opening of a bridge in Canada. Among the smiling crowds of people in their 1940's suits and hats, on the black and white image, stands a man in his twenties, wearing a pair of modern black shades, a shirt with a logo on the front and a swept-back haircut which screams late 1950s-early 1960s, or even later, rather than staid old 1941. He is also carrying a portable camera, the sort of which wasn't readily available - if even invented - in those far-off forties days. The picture is authentic; there's no Photoshopping here. Could this be a real life Time Lord enjoying a day out 75 years ago, and caught on camera for all to marvel at? Check it out below and make your own decision! 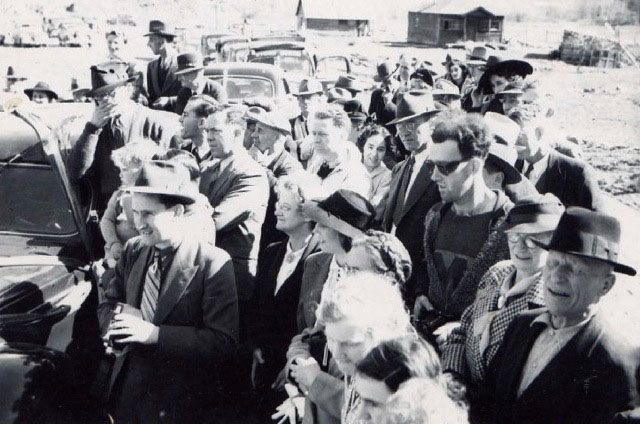 Can you spot the odd one out?
At the turn of the previous century, two ladies of impeccable pedigree and honesty told a story which would be unlikely if recounted by a guy in the pub, but when they are the principle and vice-principal of an Oxford University college, then you have to give their words more than a little weight...

Many time travel advocates point to their story, which is celebrated as the Moberly Jourdain Incident. In 1901 the two genteel ladies in question, Charlotte Moberly and Eleanor Joudain, of St Hugh's College, told an amazed world that they had inexplicably slid back in time to the era of the French Revolution.

On a visit to a picturesque chateau in Versailles they recounted suddenly finding themselves transported into the world of Marie Antoinette, whom they encountered face-to-face. They also met other key figures from that dramatic and bloody time period, including the Comte de Vaudreuil. Neither lady ever went back on their story, and went to their graves swearing to its authenticity.

Moving forwards in time, to coin a phrase, to the autumn of 1979, two English couples boarded a ferry to the continent at the beginning of a driving holiday into Europe. Their destination was Spain, and, as you must do, they travelled through France to get there. 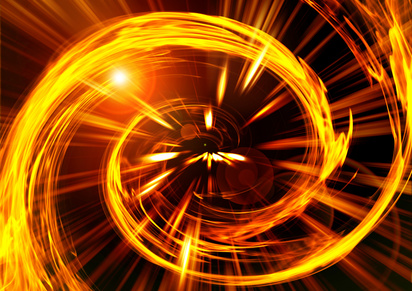 The Gisbys and the Simpsons were down-to-earth types, not prone to mad imaginings or flights of fancy, but what they described suggests a diversion into the Twilight Zone, or, as cynics might add, perhaps one or two holiday Cognacs too many.

They described booking into, and staying in, a weirdly old-fashioned French hotel, which, although charming, felt like a relic from a bygone age, with its guests and staff of a similar fusty vintage.

The couples were fascinated by the place and decided to stay there again on the way back from Spain. A search for the hotel was futile, however, with no sign of it in the village they had found it in a week or so before. No-one had heard of the place either - although this could always be put down to the language barrier. However, it was also not on any street-maps.

Understandably confused, they eagerly looked forward to processing their holiday snaps, several of which were taken at the hotel in question, and here is where things got really weird... Despite lovely images of their other destinations, not one of the French hotel came out, and the negatives were blank too. No-one ever offered a satisfactory explanation, but does a trip back in time seem perhaps the most obvious answer?

For every exciting and plausible tale of possible time travel, another will exist to undermine it, but one thing is certain, more evidence will be uncovered. Perhaps one day soon, we will have definitive proof that this most beguiling of journeys can actually be taken.