Six Types of Ghost You Might Find in Your House


For centuries, people have witnessed strange unearthly entities, roaming around their homes. Over time, paranormal researchers have categorised these experiences into several broad types. What follows is a summary of these different types of haunting. 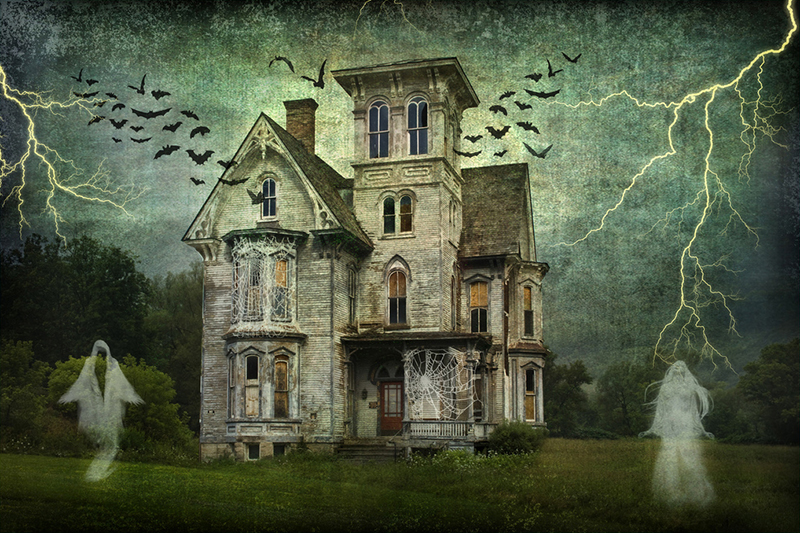 Earthbound spirits are said to be souls of the dead, who either find themselves trapped on the earthly plane, or choose to remain to complete some unfinished business. They may also be returning spirits, who have already passed on to the astral plane, but return to earthly locations that held some emotional significance to them. These entities will manifest themselves in various ways, including the traditional ghostly white forms, strange mists, smells, whispers in the ear, physical touches, and by making knocking or footstep sounds. They may also be seen as orbs of light, or reflections in a mirror. Animals, such as former pets, can also return as earthbound spirits.

Poltergeists are said to be disruptive entities that move physical objects or generate loud noises. The word ‘poltergeist’ comes from the German language, meaning ‘noisy ghost’. Their manifestations seem to be intended to scare living folk who enter their territory. Objects will often be moved when no-one is in the room, or in some cases moved directly in front of witnesses. Objects can also inexplicably vanish or appear. On some occasions, items will be thrown through the air, or found piled up in an inexplicable way. These entities also create loud noises by dropping heavy objects, banging against walls, or by slamming doors.

There are a number of theories relating to the nature of poltergeists. In some cases, they are thought to be an aggressive form of the earthbound spirit mentioned above. In other cases, they may have a more demonic nature. Some researchers have also put forward the theory that the phenomenon is actually caused by unconscious telekinesis, emanating from a living person who resides in the location where the activity is experienced.

According to paranormal theories, unlike ordinary ghosts, demonic entities were never alive. Instead, it is said that they emerge into our reality via a portal that allows them to escape the hell-like dimension from which they originate. The manifestations of these creatures are very similar to those of the poltergeists mentioned above, however their actions can be far more intense and scary. In addition to the disruptive loud noises and moving of objects, these entities may physically scratch those who enter their territory, as well as make unnerving growling sounds. The activity can also be more disturbing, and include the throwing of knives, and physically pushing or dragging people with force.

When seen, demonic entities often appear as black silhouettes, either in the form of a person, or a formless floating mass. Demonic entities may also attempt to possess the physical body of someone living in the location where they haunt. According to paranormal theories, the portals through which these creatures emerge may already exist in the natural fabric of the area. However, such portals can also be conjured up through certain dark rituals.

Also referred to as ‘stone tape theory’, residual hauntings are believed to be echoes left over from a previous time. The theory suggests that strong emotions can leave an imprint in the fabric of a building, and then will be played back over and over again like a looping video recording. These apparitions are considered separate from ‘active hauntings’ since there is no living spirit involved. However, both types of haunting can occur together, and some proponents of the theory have suggested that an active haunting may be required to replay the residual events.

A slight variation of the theory suggests that these apparent hauntings are actually time slips where the present and the past temporarily merge together. In some cases, witnesses have found themselves fully immersed in an historic setting before returning to their own time shortly after.

Objects are sometimes considered to be possessed by an evil spirit or entity. In these cases, the entity attaches itself to the object, causing the haunting to travel with the item wherever it goes. Many different types of object have been reported to be haunted including dolls, old toys, watches, jewellery, statues, and even sofas. These objects are often said to move on their own. They can also be associated with bad luck, which will continue until the current owner rids themselves of the haunted item.

It is not always clear what might cause an entity to attach itself to an object, although there may have been some ritualistic ceremony performed in relation to the item, or possibly a previous owner who is now deceased had an emotional connection with the object, and doesn’t want anyone else to posses it.

A more recent addition to the menagerie of menace are the shadow people. These beings appear as solid black silhouettes, and are often seen standing near the beds of witnesses as they sleep. Although the shadow people usually appear in human form, witnesses have also reported seeing other disturbing configurations such as giant shadow spiders crawling across the ceiling. The shadow people are also seen in other parts of the home, and occasionally wear strange outfits including top hats and long coats.

The exact nature of these beings is unclear. Some have proposed that they are merely another form of earthbound spirit, whereas others have associated them with demonic creatures. Another popular theory suggests that these are in fact intruders from another dimension, who have somehow found a way to slip between worlds.