Synchronicity and the Secret of the Co-creator


Synchronicity: is the experience of two or more events that are apparently causally unrelated occurring together in a meaningful manner [to the observer]. To count as synchronicity, the events should be unlikely to occur together by chance. 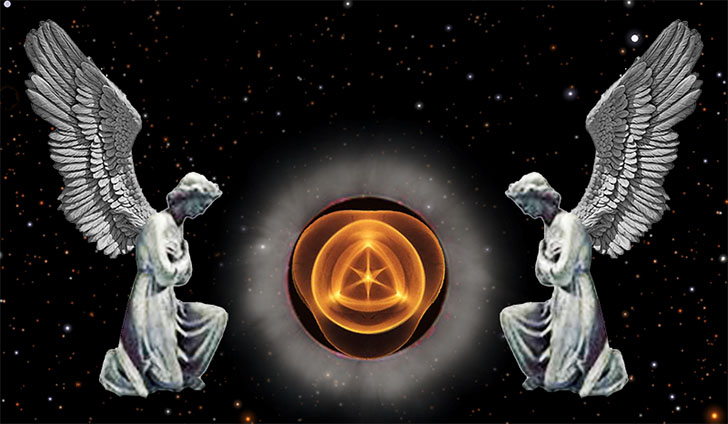 If you believe synchronicity is simply coincidence, then you haven't read any of the top experts in the field. The famous psychotherapist Carl Gustav Jung coined the term synchronicity in the 1920s to reference the alignment of universal forces with a person's experiences.


These forces have been sought out for centuries in many spiritual traditions as a means of aligning with the "flow." This usually takes years of disciplined meditation, study, ritual or by other means to navigate this journey toward a harmonic "individuation." To some the search is inward for the self, yet for others it's an outward search for spirituality.

My first experience with synchronicity was on March 21st at 3:03am which is the 3rd month, 3rd week, 3rd hour, 3rd minute or 3333, on the equinox and the moment of my birth. It was my alignment with the universal forces, the planet, space and time.

My awakening was also through no effort of my own and came by way of a supernatural encounter with an entity of light. It began my involvement with and research into the metaphysical nature of reality - I became "enlightened." Because of this I have an inherent understanding of many esoteric concepts like the flow, the spirit, one-ness and even divinity.

My experiences are not entirely unique, but the way in which this window of understanding opened for me is. There was no journey, no explanation as to why - the knowledge was just revealed. Things that to many are never more than concepts and metaphors, I actually see as having real form. I've witnessed many paranormal phenomena unfold with me seemingly being the only connection. However, because of my earlier encounters I've never attributed much of it directly to myself. I've always sensed a presence around me. So unlike many others who seek the path, I feel that for some reason the source found me.

Being human however leaves me questioning: "Who or what is this presence?" Abilities like ESP, clairvoyance, telekinesis are all real along with the concepts of a sub-stratum or pre-space. But what is our connection?

In Jung's book "An Acausal Connecting Principle" it is subjective meaning that connects us. Without an observer (YOU) there is no mind, no synchronicity, no meaning. Thoughts connected to events, mind connected to movements of matter, absent of a cause (acausal). Thinking something before it happens, remote viewing, telekinesis, where do these abilities come from? Since scientists don't accept the mind as a cause. How then do we prove any of this?

I say that we are using a flawed science because it is incomplete. Physicist, Dr. William Tiller proposes that consciousness is what's missing from the equation. It's the unifying integrator of all the individual constituents. Bohm says there is a hidden variable implying that neither relativity nor quantum mechanics should be accepted as a conclusive nor exclusive solution.

My research began with Carl Jung but for millennia prior to Jung man has experienced synchronicity. Theoretically it begins outside of our space-time in the flow where all knowledge exits and our material reality takes shape. It then unfolds into our dimension only to return back to the flow. This is described by David Bohms theory of "the implicate order." However prior to synchronicity, ancient humanity used words like sympathy, harmony and unity.

In the fourth century B.C., the Greek philosopher Heraclitus viewed all things as being inter-related, nothing is isolated and that all things are linked. Similarly Hippocrates said: "There is ONE common flow, a common breathing. Everything is in sympathy." A bond - and even between inanimate objects. A form of "animism" or the belief that all matter has consciousness. This is a classic idea whereby separateness is an illusion.

Now what you should know is that Jung had a lifelong interest in and many experiences with the paranormal. Working with him was the Nobel Prize winning physicist Wolfgang Pauli who also had experiences with telekinesis. Catastrophic breakdowns of experimental equipment would inexplicably occur when he was around. It was often joked about, but other scientists feared his presence during experiments because it was commonly believed he was the cause. This is well known in physics as "The Pauli Effect."

Together they helped pioneer the study of parapsychology. Others studying non-material or fringe science also advanced the field (sometimes unknowingly) by the very nature of their work. Pauli's early work in quantum physics had a strong influence by changing how we think about matter itself.

A great example of good solid theory is Rupert Sheldrake's "morphic fields." He shows us how fields create relationships. Physicist David Bohm's "Implicate and Explicate Order" as previously mentioned. Michael Talbot's famous "Holographic Universe" or Physicist David Peat's "Meaning and Form." All of these hypothesize a substratum beneath our material and temporal reality. Much of quantum physics is competing theory and it's the same with non-material science.

Consciousness itself cannot be scientifically quantified - there is no explaining it. Many believe it exists outside the brain, perhaps the Akashic field. Psi-fields, source fields, the flow, these are all conceptual dimensions bound together by abstract relationships. Where consciousness and matter are two aspects of the same thing. These are the domains of the trickster gods where Hermes and Loki conspire to fool us using mind, matter and meaning. 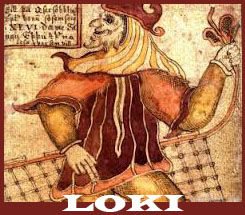 Ok, and although I'm in agreement with many of these theorists about some hypothetical matrix. What is the intelligence behind the curtain?

Since before recorded history humankind has recognized the existence of a greater intelligence. Ask any believer of any esoteric system and you'll get many different answers. The spirit, God, the Goddess, Sophie, Allah, the Demiurge, The One. History's greatest scientists came to this same conclusion. Einstein said: "Everyone who is seriously involved in the pursuit of science becomes convinced that a spirit is manifest in the laws of the Universe - a spirit vastly superior to that of man."

Also Max Planck the father of quantum physics said: "All matter originates and exists, only by virtue of a force. We must assume behind this force is the existence of a conscious and intelligent mind. This mind is the matrix of all matter." Isaac Newton believed the universe was mechanical, set into motion by God and then left to run. There are others who believe that all existence is an emanation of God. Some don't believe there is an external intelligence at all. This is not my belief!

What many of these theories and beliefs have in common, is that your own thoughts can alter the outside world in relation to you. Though, you alone are not the creator within the flow of the source field. You are simply part of the process. The biggest secret is not that there is a co-creator, but that it's YOU! Ultimately there is a separate coordinating intelligence in control.

This is what causes events to coincide without your thoughts, like for instance, the moment of my birth: 3333. That's why we pray or chant, recite mantras, sing praises and invoke - expecting a particular outcome. Deep down inside we've always known we were being watched, even in an empty room, we are never really alone. How many times do events align that seem so strange and statistically unlikely to have occurred by chance? They must originate externally. This means, that The Source or The-One controlling it all is out there and not within...

This article was written using excerpts from the non-fiction book "Sin Thesis" available at Amazon written by the author Robert Torres. https://about.me/Towers3