Ten of the Scariest Looking Creatures Known to Science


The Earth is full of beautiful life, but some creatures have an appearance so abhorrent that you will never scrub their visage from your nightmares. Here is our summary of some the scariest looking creatures known to exist. 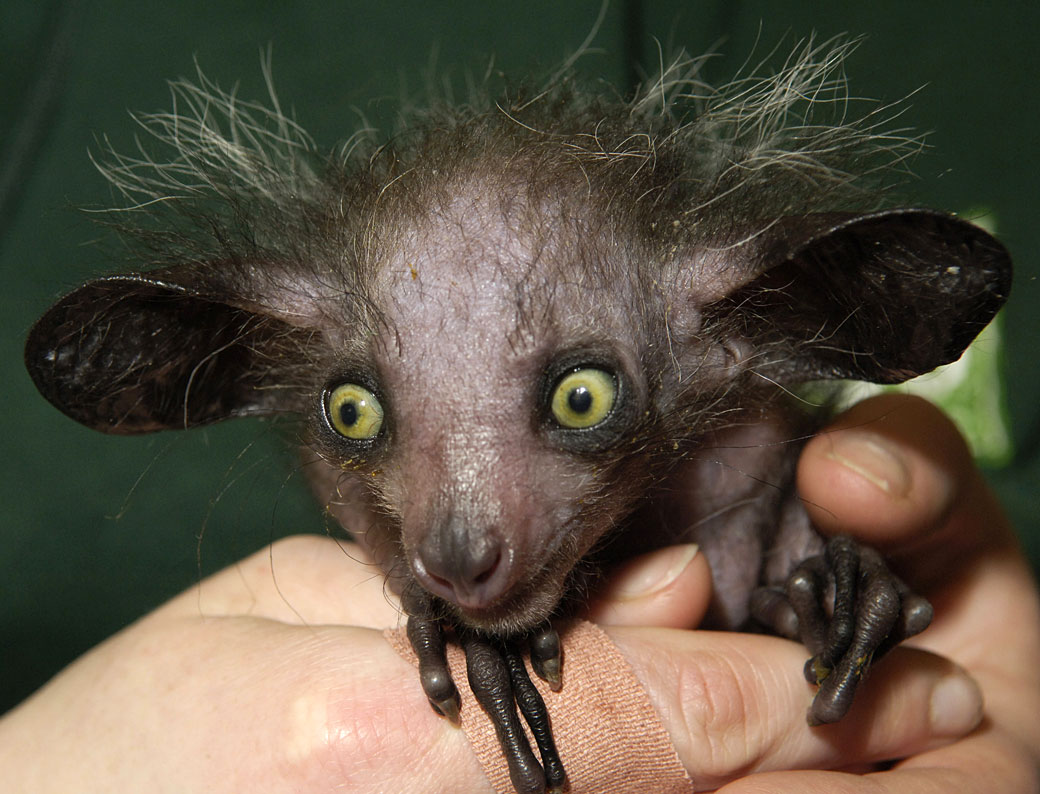 The Aye-Aye stalk the forests of Madagascar during the night. With their rodent-like teeth and special thin middle finger, this nocturnal primate can be found tapping and gnawing through trees to consume their prey. Despite the local legend of the Aye-Aye being a harbinger of evil and portent of death, these strange looking animals are in fact shy creatures, living solitary lives in the trees, sleeping during the day and only emerging after dark.


Appearing like an imaginary creature from your worst nightmare, the Coconut Crab is in fact very real. Growing up to one metre in length, it is the largest land-living arthropod in the world. You may encounter it scuttling towards you on islands across the Indian Ocean and parts of the Pacific Ocean. However, despite its carnivorous demeanour, the Coconut Crab mostly eats fruit, seeds, and of course, coconuts.


Found in the cold, dark, deep waters of the oceans, these oversized crustaceans have silvery compound eyes that make them look like some abominable creature straight out of a science fiction movie. Growing up to thirty inches in length, these animals resemble giant woodlice, also having the ability to curl up into a ball. Their bodies are composed of a rigid exoskeleton, made of overlapping segments. They are known to gorge themselves on the flesh of fish, but can also go for years without eating at all.


Like something out of Jurassic Park, this huge bird can be found perching on the trees of the Malay Peninsula, Sumatra and Borneo. Thought by local tribes to be guardians of the river between life and death, the Helmeted Hornbill’s hooting calls gradually accelerate into a cackle reminiscent of laughter. The bird’s enlarged helmet-like structure is used for head-to-head combat among males. However, despite its ominous appearance, the Helmeted Hornbill eats mostly fruit, figs, and some insects.


This disturbing fish can be found lurking beneath the ocean at depths of up to 4,500 meters. Black in colour, with tiny eyes and large spiky teeth, the Humpback Anglerfish belongs to a species known as the ‘black seadevils’. Its ravenous appetite leads it to consuming large fish in great quantities, filling its bulbous stomach to massive capacity.


These freaky hairless rodents scurry beneath the soil in East Africa. Working in a collective, they have a queen who selects multiple males for breeding. Meanwhile, worker rats dig a labyrinth of tunnels for the colony to travel through and search for food. Their diet consists of large tubers and sometimes their own faeces. They are also long-lived, with some specimens living beyond thirty years.


This repulsive animal is a tunicate – a marine invertebrate animal, found off the coast of Chile and Peru. Being a hermaphrodite, when no other mates are available, the Pyura Chilensis is capable of mating with itself. Resembling rotting meat spilling out of a rock, this creature is actually considered a delicacy by the local people. The ‘bitter and soapy’ taste of the meat is said to be similar to iodine. It is often eaten with onion, cilantro, and lemon to provide flavour.


These terrifying creatures of the night swarm through the forests, caves, and urban areas of India and Sri Lanka. With a wingspan of up to 34cm, the Leaf-Nosed Bat prefers to roost in dark inaccessible caves, and abandoned temples.


This skeletal prehistoric-looking animal holds the world record for largest teeth relative to head size in a fish. Stalking the depths of the ocean down to 2,500 metres, the Sloane's Viperfish has teeth so large that they overlap the jaw. It can also lower the internal skeleton of its gills, allowing the prey to pass into the throat without interference.


The Star-Nosed Mole appears at first sight to be an unsettling subterrestrial creature, with long claws and multiple pink fleshy appendages ringing its snout. Growing up to twenty centimetres in length, the Star-Nosed Mole tunnels its way through the soils of eastern Canada and the north-eastern United States. It is thought that its odd looking snout is in fact an ultrasensitive organ, working like an alternative set of eyes, allowing the animal to ‘see’ its way through the darkness beneath the earth.

Bigfoot Filmed by Boaters in Canada?