When a group of friends and family went on a day trip to Dovestone Reservoir near Manchester in 2011, they inadvertently captured something inexplicable on camera which wasn’t immediately noticed. 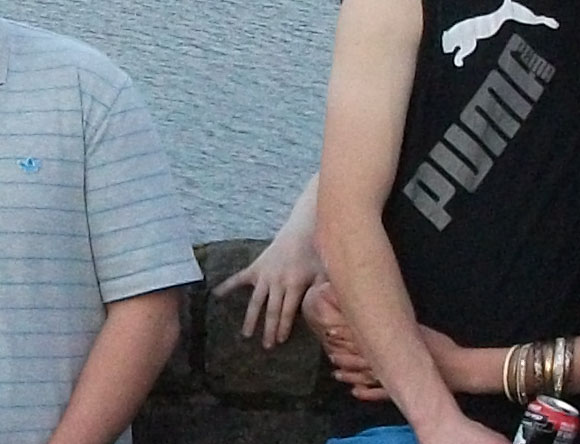 Image credit: Rhy Trelfa
Rhy Trelfa from Bury only discovered the eerie extra hand several years later in 2017, after reviewing the images in remembrance of the death of her friend. The gentleman in question appears third from left in the uncropped photo below. 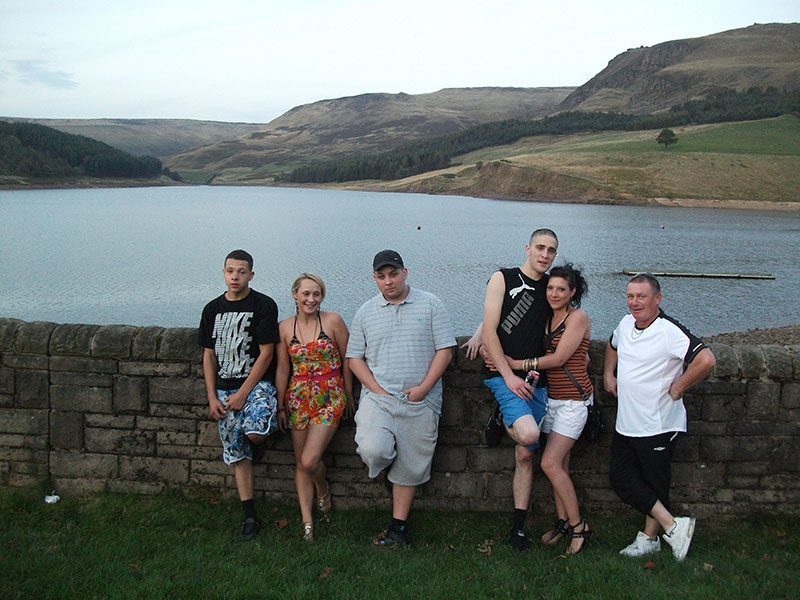 Image credit: Rhy Trelfa
Remarkably, the unexplained hand only appeared in one photo, and not in a second photo taken only a few moments later after a swap of photographer (see below). 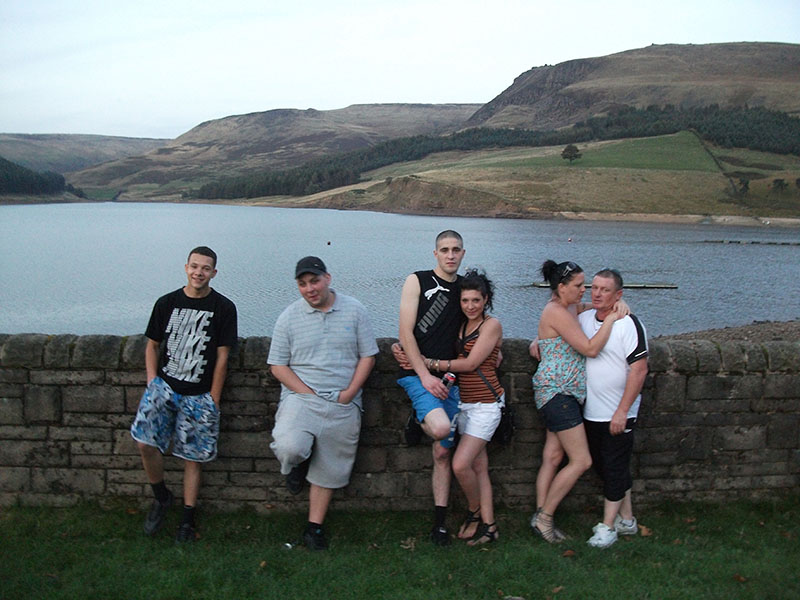 
“After showing family and friends, I planned on having it looked at one day. Last week in 2018, I decided to post it to a paranormal group to see what people thought. The same day I posted it, a body was found up there.”
The latest body was found at Dovestone Reservoir on 16th April 2018 (more info here), but was not the first to be discovered there. A quick Google search reveals a sad history of many bodies found in the area – a list which goes back at least decades, possibly centuries.

Could this photo depict a ghostly hand reaching out from one of those many lost souls?

After the photo was posted on paranormal forums, several newspapers picked up on the story, but reported it inaccurately, showing an incorrect second photo. Although some commentators have speculated that the image is either faked, or explained away by someone standing behind the wall, Rhy refutes these accusations.

Unearthly News has done some initial checks of the images from the Fujifilm digital camera used to take the photos, which all appear to be original and unedited. The dimensions, file numbering, and ‘date taken’ dates all tally up. The photos were not taken using the ‘panorama’ mode which is well known for causing photo anomalies, so that can also be ruled out. Running the images through photo verifications sites such as izitru also verify the photos as authentic.

Sceptics have claimed that the area of the photo below shows a head hiding behind one of the figures’ shoulder. However, this could also be the back of the gentleman’s top, plus some ripples in the water behind. If this is a head, then it sits very awkwardly in relation to the hand, which seems too large to be that of a child. 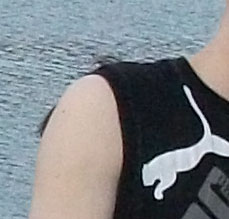 Image credit: Rhy Trelfa
Even though a person standing behind the wall cannot be completely ruled out, a third photo shown below demonstrates the water level that day (approximately 20ft from the top of the wall), and also a view showing the back of the wall. Any person attempting to clutch on to the wall from that position would certainly be putting themselves at risk. 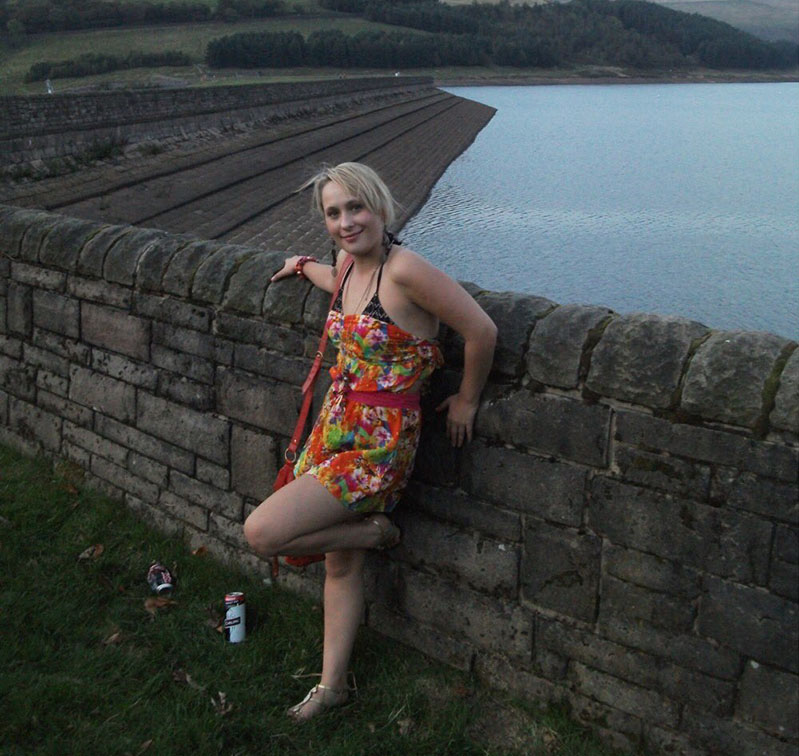 Image credit: Rhy Trelfa
Then, consider the fact that no additional hand appears in the second photo taken only a few seconds later. Plus, if there was someone standing behind the wall, why did no-one in the photo seem to notice or show any concern?

On zooming in closer to the inexplicable hand, it also appears that its thumb is passing through Rhy’s hand, rather than behind it. If the analysis suggesting that these photos are unedited is accurate, then this certainly points to a more otherworldly explanation. 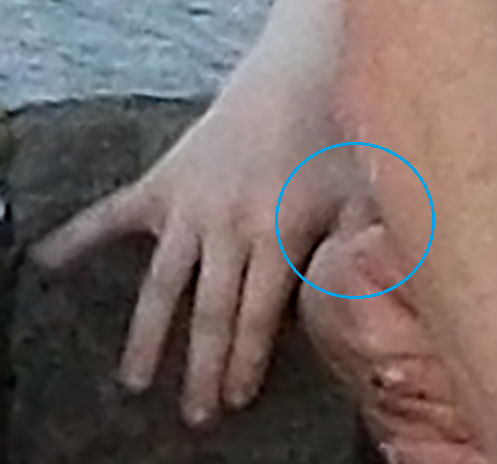 Image credit: Rhy Trelfa
It should also be noted that this is not the first inexplicable hand to appear in someone’s family photo. One relevant example that comes to mind is the image taken by Peaches Geldof in 2013 where an additional hand appeared clutching her hair, in a selfie taken of herself and her son. This story takes on a sad and chilling turn with the knowledge that Peaches herself was dead only four months later. 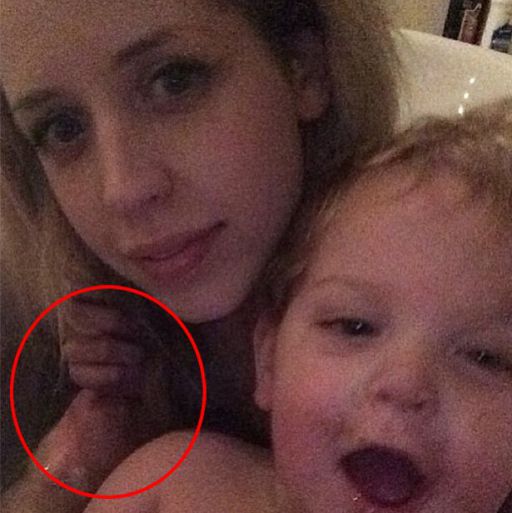 Image credit: Peaches Geldof
Then there is the case of the ‘ghostly’ hand that was discovered after 100 years in a vintage photo of Belfast linen mill girls. This image was initially published as an archive photo by Belfast Live, and it was only when the granddaughter of one of the women in the photo pointed out the strange hand that it was picked up by the news. 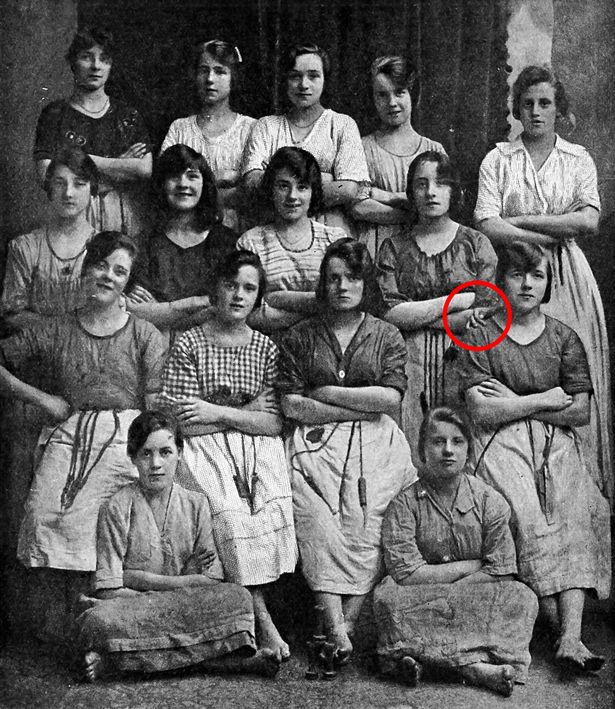 Image credit: Belfast Live
As with many alleged paranormal and UFO photos, it will be very difficult to ever conclusively determine whether the Dovestone Reservoir image shows genuine paranormal phenomenon or not. However, with the additional information provided in this article, hopefully the story can now be taken beyond the tabloid sensationalism, and into the realm of the truly unexplained.