Watch Out - There's an Angel About


Angel enthusiasts are an abundant lot, their numbers expanding rapidly especially in the last decade. The explosion in angel interest has spawned a lucrative industry that just keeps growing. The demand for angel readings, weekend workshops, books, trinkets, cards and any other related paraphernalia has made for a thriving business. The explosion in angel shops has taken the world by storm and with a history shrouded in mystery and intrigue, it's not hard to understand why. 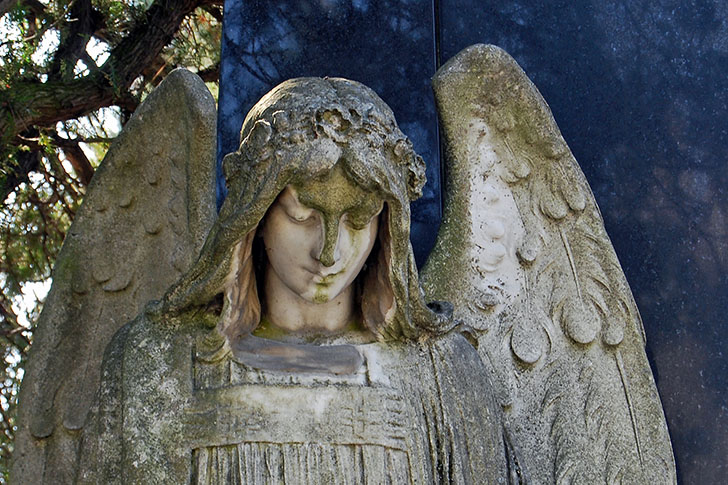 At first glance, you'd be inclined to think, angel obsession is some kind of fleeting fad. Indeed, those only recently acquainted with all things cherubic think they've stumbled upon some spiritual portal that was previously inaccessible. Much like any other devotion, angel admiration isn't new. The truth is, angels have been around as long as the Old Testament. The practice of appealing to their higher intelligence for help and guidance has been in place since the beginning of time.

Angels made their first appearance in bible texts. Typically, they featured in dream sequences and had one singular purpose; to impart God's messages. Angels acted as a kind of invisible postal service and were dispatched to deliver divine prophesies. They've been depicted in the greatest of Renaissance paintings and sculptures. The works of Leonardo da Vinci and Hieronymus Bosch are fine examples of both. Michelangelo's majestic frescoes that adorn the ceilings of the Sistine Chapel in Rome is considered to be the world's most iconic masterpiece.

Through the ages, angels were traditionally called upon in times of trouble. They are primarily linked with religious doctrine, especially the catholic creed. There are many types of angels ranging in rank and file and they all come with a unique set of skills. There are seven major Archangels who are commanders of the angel armies; Michael, Uriel, Raphael, Gabriel, Raguel, Sariel,and Remiel. The first four are the most renowned and they all serve a particular purpose.

History books tell us that Michael is the great protector and represents power and strength. Raphael is the Archangel pertaining to healing and health issues. Uriel is known as the Archangel of wisdom and intuition and Archangel Gabriel is said to be the overseer of life, truth and justice. The Archangels preside over God's celestial kingdom. As human beings living in a world that propagates war, disease, poverty and evil, requesting angel intervention has become a standard ritual among pray and meditation circles. 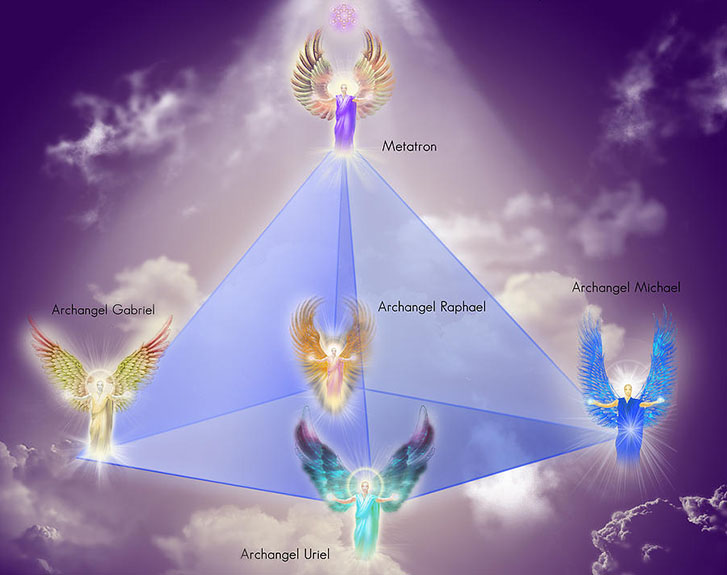 Pyramid of the archangels.
What's most interesting about angel admirers is their naive and simplistic belief system. When calling on angels, one must be aware that the biggest one of all was Satan. As Satan is renowned for trickery and deception, inviting any kind of angelic form to enter our lives can be extremely dangerous. It's important to make sure that only those of the purest light and love are connecting with us on the ethereal playing field. Satan is a master of disguise and can bring chaos and disharmony instead of peace and comfort. People need to familiarize themselves with the art of psychic protection rituals to avoid any dealings with lower vibrational beings.

Thankfully, there are several ways of knowing if the right kind of angels are present in your life. Feathers of any color (particularly white ones) are a beautiful reminder that your angels are near, loving and supporting you from behind the scenes. Your angels may also draw your awareness towards clouds that look like hearts, as well as many other shapes and symbols. As angels can often be loved ones who have crossed over, they frequently emanate a beautiful scent. Finding a bunch of coins strewn at your feet is another sign, as are rainbows and unforgettable, vivid dreams. 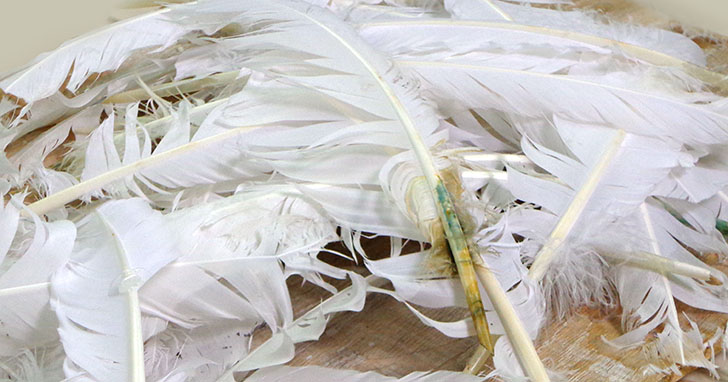 It is said that white feathers are often seen when angels are watching over us.
Whether you believe in angels or not, stories of how they can utilize their miraculous powers has been documented for centuries. Everyone has heard a story of how an angel in human form appeared out of nowhere in a real, life-threatening dangerous scenario. People who have a close brush with death frequently report visitations from the hierarchies of heaven. Earth angels are a common phenomena in accident/emergency situations and they are also known for their child-like sense of humour. That's probably why young children appear to experience angel manifestation more than adults.

To conclude, you don't have to be a religious person to invoke angelic activity in your life. They have an open door policy. Whether you are an atheist or agnostic, a devout practicing Catholic, a Muslim, Buddhist or belong to any other religious order, angels don't discriminate. Their purpose is to bring light, love, comfort and healing to the human race; commodities the world sorely lacks. In times of hardship and despair, angels can be relied upon to inject their positive energy into any unsuspecting weary soul.