It is extraordinary just how many people who have lost a loved one can describe quite eloquently how they were contacted by them in the days, and weeks, and even years, following the death. 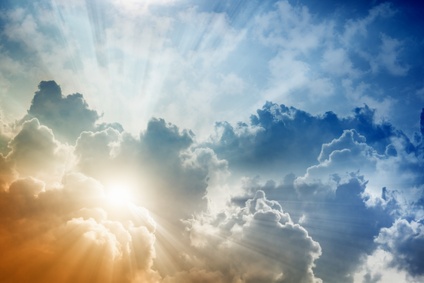 I first became interested in this phenomena on the night my son died. I was distraught, sat in a dark garden with his friends, when suddenly a flock of humming bird hawk moths starting circling our heads. They stayed for ten or so minutes, almost brushing our hair they were so close. And yet I wasn't scared at these large loud buzzing bugs, and nor were the others, indeed a feeling of tranquillity and peace came over me. A few days later I researched these amazing moths and found out that the behaviour of circling in a flock was extremely unusual.

For weeks, even months afterwards I often felt contacted and soothed by my son through insects that will suddenly dart around to ensure I notice them.

After the death of my mother it was birds, swooping up to me, and one actually flew along my cheek like a caress. Never before had birds paid any attention to me.

I am not alone in this, in fact research shows that more than half of people who had lost a spouse felt their presence, and one third reported seeing, hearing, and talking the deceased. (Grimby, A. (1993), Bereavement among elderly people: grief reactions, post-bereavement hallucinations and quality of life. Acta Psychiatrica Scandinavica, 87: 72–80). And the happier the marriage the greater the amount of perceived visitations. Notice they used the word 'hallucination', because of course it could not be 'real' in the eyes of a scientist.

One thing that all these events have in common is that they all bring great consolation to the grieving bereaved. 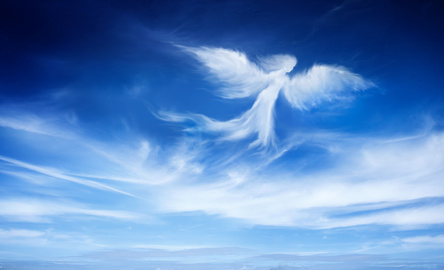 There are five main reported ways that people say a loved one has contacted them from beyond the grave.

The largest number of visitations are in dreams. Hallmarked by being extremely vivid. The visitor is usually well lit, perhaps glowing. These dreams are often silent but a general feeling of good will and peace always accompany them. In dreams my son hugs me so powerfully that when I wake I can feel it, and this too is common. Waking from these dreams you notice that the anguish of permanent separation is gone, the torment is missing, and there is a lightness of step.

The second most commonly reported visitation is animals behaving unusually, birds pecking on windows, foxes walking up to you, ladybugs landing on you, doing anything that will make you notice them. Once you start to notice it the animals behaviour seems to be an attempt to contact you. I personally feel that this the departed looking at you, trying to touch you or soothe you.

In the days after the death many report feeling their hand being held, or their hair stroked. Sensations of someone sitting next to them, the feeling of a body lying next to them. A kind of awareness that they are somehow actually present, often sensed by movements in the air.

Clairscent, actually smelling the deceased person, tobacco, perfume, a key scent that belonged to the visitor. These drifting smells evoke the feeling of an actual presence. Clairaudience is hearing the voice speaking to you. Both are frequent ways of a visitation making itself known to you.

An interesting one is the use of small objects to give signs, one very moving account was of a woman whose daughter sent her signs through remembrance day poppies, she would find them in totally random places and they always gave her a great sense of comfort. Noticing stones on a step, or feathers, even coins, usually on a path. Again, once you start to notice them they appear more and more and gain significance.

Cynics and sceptics argue that all these signs are a manifestation of grief, that longing and sadness has deluded us into fantasising an ongoing connection with the dead. The agony of bereavement, they say, sends us searching for reassurance, taking every coincidence as evidence that our loved ones are not truly taken away, but are somehow still present in our lives. 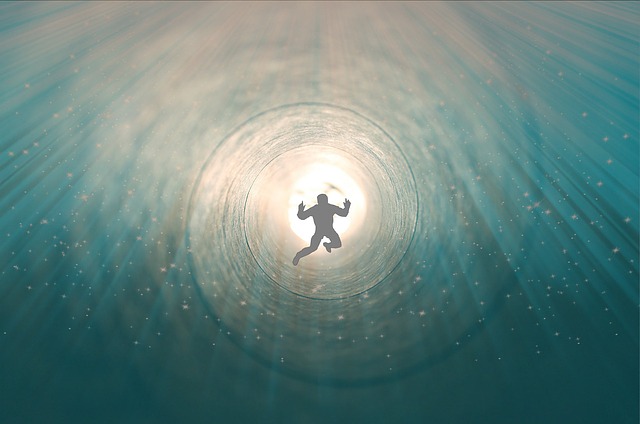 But just as new evidence emerges that we do indeed have the power to think when clinically dead for at least a few minutes, and that on revival there is a consistent set of accounts of what happened in those minutes: for example out of body experiences in which the patient could accurately describe the medical procedures he/she underwent. Of 2060 cardiac arrest patients surveyed, 39% of respondents said they experienced some kind of awareness while being resuscitated, many reported bright or golden lights. One in five felt an unusual amount of peacefulness. What is interesting about these accounts, is not their constancy, but that they experienced anything, because the brain shuts down 20 to 30 seconds after the heart stops beating, and these experiences occurred minutes later.(Resuscitation, December 2014 Volume 85, Issue 12, Pages 1799–1805

The fact that the patients had strikingly similar experiences has given credence to the theory of life after death. Scientists take this seriously now. So doesn't the fact that people who have lost loved ones and report strikingly similar accounts of seeing them, sensing them, and somehow being contacted by them, mean that this also deserves proper research?

Surely the recalled experiences of so many is worthy of genuine investigation without any prejudice?

While writing this article I put a shout-out on Facebook for personal experiences of visits from the departed, and I was overwhelmed by the immense number of accounts from very different kinds of people. My youngest son messaged me that his brother (my eldest son) appears to him in dreams and hugs him, I never knew that. Why did I not know that? What stops us discussing death, and what hinders us from describing the comfort we get from visits in dreams?

When someone you love dies is that really the end? I believe that we need to trust our own experiences. Is life a functioning body? Does death end a life?

The universe recycles energy, the religions and philosophies all have a belief that death is not the end. To me it does not ring true that the death of a body is also the death of the spirit.