When Erich von Däniken released his bestseller 'Chariots of the Gods' in 1968, he captivated readers from across the globe with his unorthodox theories of ancient astronauts. Now in his latest book 'Impossible Truths', he sets out to update a new generation of readers with his most fascinating discoveries from the last fifty years. 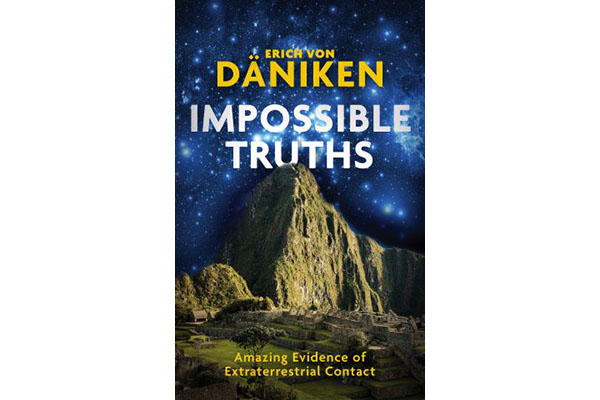 Whether or not you choose to accept Von Däniken's take on the idea of alien visitation in ancient times, one thing he can't be accused of is lacking dedication to the cause. Since a young age, he has travelled the globe, investigating ancient sites, and searching for possible evidence that our human ancestors were visited by interlopers from another world.

Now at the age of 82, Von Däniken is showing no signs of slowing down. In recent years his works have spawned a new wave of fascination thanks to TV shows such as 'Ancient Aliens'. His latest book 'Impossible Truths' is an open attempt to bring his best evidence to a new generation of readers, plus providing some updates for his long-time followers.

The book itself is wonderfully presented, including two-hundred photographs taken on Von Däniken's various expeditions around the world. The text is easy to digest, but also packed with detail, describing many ancient sites from the writer's unorthodox perspective. The combination of description and imagery works well, allowing the reader to imagine themselves visiting the far-flung locations from the comfort of their own armchair.

For those familiar with the works of Erich von Däniken, this latest book will read somewhat like a greatest hits album, covering alleged alien links to age-old sites such as Nazca, Machu Picchu, Puma Punkhu, and many others. However, also included, are new images and information relating to many lesser known sites such as the jungle city Buritaca 200 in Columbia, which has only recently started to reveal its secrets after being opened to tourists in the last decade. 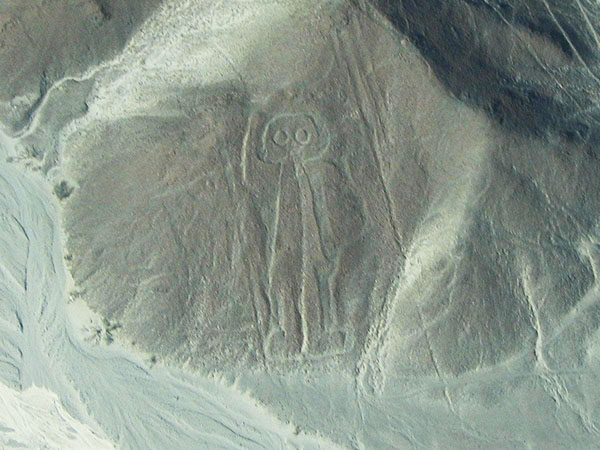 Alleged alien depiction in Nazca. Image source: Wikimedia Commons
So, what of Von Däniken's supposedly 'outlandish' ancient astronaut theories? Anyone who has looked into the history of ancient civilisations as told by mainstream archaeology, will quickly notice some glaring gaps in the established narrative. Most notably, how is it that the archaeology and cultures of ancient people across the globe have so many similarities – pyramid temples, interchangeable god-like figures, religious practices based on astronomy – when their civilisations supposedly arose independently, and had no contact with one another?

Von Däniken's answer to this question is to introduce an ancient alien influence, and he uses the art and archaeology of our ancestors to back up these claims. Some of the proposed artefacts are more convincing than others, but there are now enough pieces of evidence in the collective arsenal that even a hardened critic may have to think twice before dismissing the claims entirely.

As with most aspects of human history, the truth is likely to be far more complicated than anyone has hitherto suspected. However, Von Däniken's unique approach over the last fifty years has probably done more to get the general public interested in the subject of ancient civilisations than mainstream archaeologists would like to admit, and his latest book is no exception.

'Impossible Truths' by Erich von Däniken is published by Watkins Publishing. The book is available to pre-order now for general release on 18th January 2018.