Is This the Face on Ceres?


The latest photos from the Dawn spacecraft of dwarf planet Ceres are the clearest yet. What is this strange feature that resembles half a face? 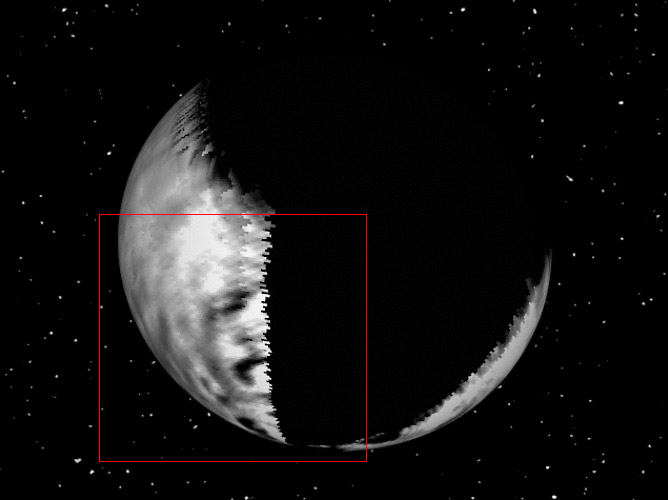 The animation below has been compiled by NASA. The image is based on photos taken by the Dawn spacecraft on 4th February at a distance of 90,000 miles (145,000 kilometres) from dwarf planet Ceres, the largest object in the asteroid belt.

Speculation has already been rife since photos emerged of the mysterious white spot on the surface of Ceres, currently believed by scientists to be an impact crater. Now, a structure that appears to resemble half a face can be seen in the southern hemisphere of the planet.

As the spacecraft draws even nearer, details will become sharper. The ‘face’ may soon be revealed to be nothing more than a series of natural geological features. However, what other intriguing structures might become visible as the spacecraft reaches orbit?