Matching 'UFOs' Recorded over the UK

Two 'UFOs' have been spotted by separate witnesses in the UK this week, and yet the images bear a remarkable similarity. 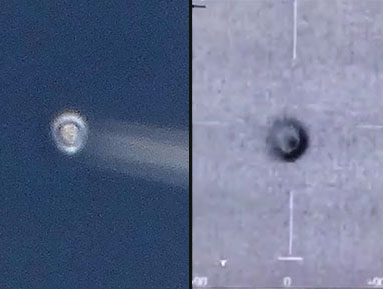 The first image was taken by John Mooner, chief photographer for World UFO Photos, over the town of Newton Abbot. John said: "I was sky watching when I spotted what at first I thought was a plane, but when I zoomed in on the object I had quite a shock. I could clearly see that the object was in fact a flying saucer that was leaving a contrail as it moved across the Sky." 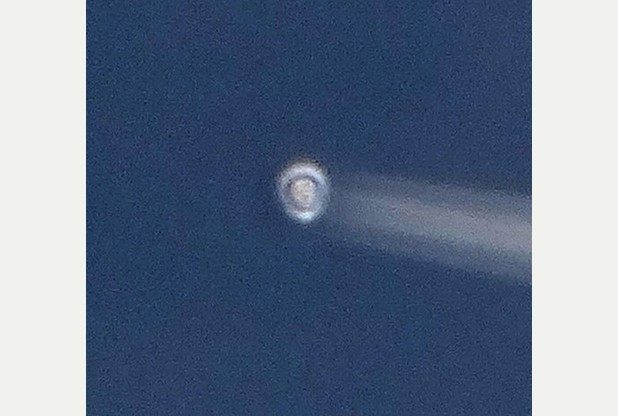 Image credit: John Mooner
The second image is perhaps even more remarkable as it is a frame from a video taken by the police helicopter based in St Athan, a village in South Wales, and uploaded to its Twitter account. The officers wrote: "Our clock is out by 1hr so it was pitch black it was pitch black. [We] tried on day camera, [but] nothing [was] seen. This clip is just a small part of the vid. [It's] really difficult to judge the size but we filmed it for just over seven minutes. We really don't know but doubt it was a lantern as it was going into the wind."

Any suggestion?? Nothing seen by local ATC... ???? pic.twitter.com/Hu07DLmn3z


Although the exact time and date of each sighting is not yet known, it is worth noting that the two locations are less than 100 km apart in the UK as the map shows below. Could this have been the same object? 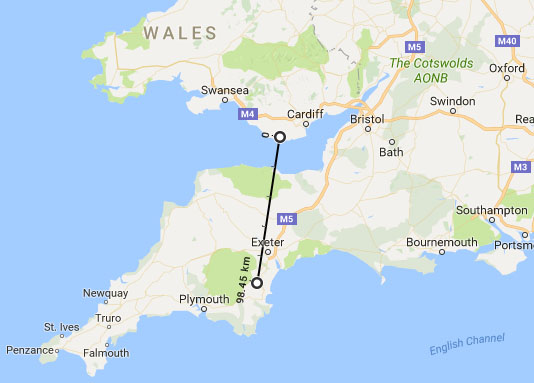