NASA Gives up the Ghost on the Opportunity Mars Rover


In a sad turn of events, NASA has said farewell to its Opportunity Mars Rover after being unable to regain contact since June last year. 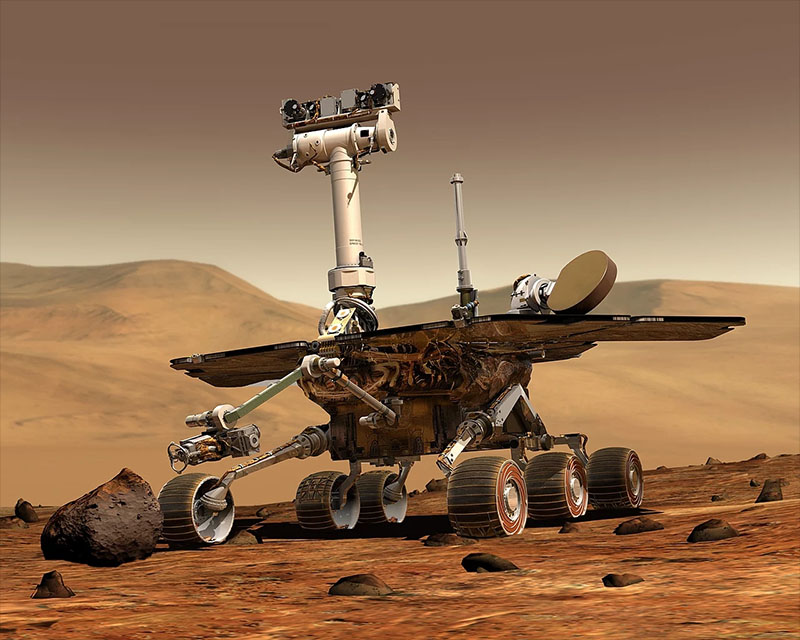 Image credit: NASA/JPL/Cornell University, Maas Digital LLC
The rover, nicknamed 'Oppy' by NASA scientists, first landed on the Red Planet back in January 2004 along with its twin rover named Spirit. Powered by solar panels, both rovers were not originally expected to last more than ninety days in the harsh climate of Mars. However, both rovers went on to explore the surface for years, returning invaluable scientific data about the surface back to Earth.

The NASA scientists have tried valiantly to regain communication with the lost robot since then, but have had no success, and have finally given up any hope of hearing from 'Oppy' again.

However, this is not the end for robotic Mars exploration. NASA's more recent Curiosity rover is still roaming the Red Planet and another rover is expected to land in 2020 that will look for signs of ancient life.