Security Camera Captures Door Opening on Its Own at 'Haunted' Bar


Security camera footage has captured a back door apparently opening on its own accord at a reportedly haunted bar in Asheville, North Carolina. 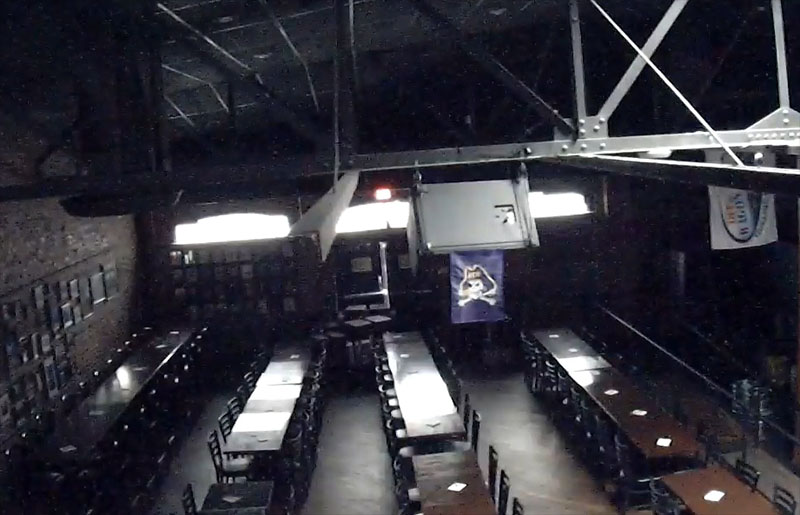 According to Mr Reese, the bar has shown signs of being haunted for at least the last five years, with staff experiencing black shadow manifestations, objects being thrown, disembodied footsteps, and even strange incorporeal singing.

Then, on Sunday January 20th 2019, at 8:33am, the back door alarm was triggered. On reviewing the security camera footage, Mr Reese was stunned to find that the back door apparently opened, and then closed by itself, triggering the alarm.

On first glance, it might seem as though the door had been opened from the outside, however Mr Reese insists that this is not possible because the doors will only open if pushed from the inside, and there is a steel plate bolted to the outside of the door to prevent anything from being inserted between the doors.

In addition, Mr Reese says that all staff left the building four hours earlier, and ADT Security confirmed that the door had triggered the alarm, rather than the motion sensors. He also said that the alarm would only set if the doors had been properly secured beforehand.

Coincidentally, an EVP session had been performed the previous evening to try and record voices from any possible spirits that may haunt the bar, however nothing was recorded at the time.

The footage can be viewed below, courtesy of joshuapwarren.com


Joshua P. Warren is now planning to arrange a full investigation of the site, alongside fellow paranormal investigators Christian MacLeod and M&D Paranormal.

According to Mr Warren, many other businesses in the street have reported paranormal activity, which may be due to the area's proximity to tunnels where the corpses of victims of the 1918 Spanish influenza were stored, when the morgues and funeral homes ran out of space.