American production company, La Brea Pictures has acquired life story rights for one of the most well-known haunted items, "The Anguished Man" painting. The script for the film has been written by an American-Finnish female director, Tii Ricks, who will also direct the film. 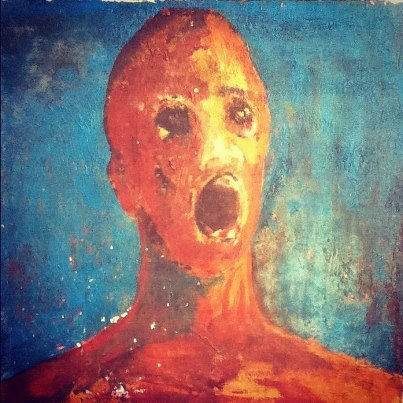 Based on a true story, and set in the United Kingdom, "Anguished" tells the story of an English man who inherits a weird painting locked away in an attic, away from sight.

The real-life painting, "The Anguished Man" is acclaimed to be one of the most haunted items in the world. It has been a subject of several paranormal studies, and it is one of the most referred haunted items amongst the "Annabelle Doll", and "Dybbuk Box". The 2014 self-titled film "Annabelle" about the Annabelle Doll grossed over $256 million dollars worldwide, whereas "The Possession", telling the story of the Dybbuk Box, crossed 78.5 million dollars.

Tii Ricks has won several awards for her work as a director and editor in her other home country, Finland. "Anguished" will be her third feature film. In 2015, she directed the Arctic Circle based horror feature "Rage: Midsummer's Eve". The owner of the "The Anguished Man" painting, Sean Robinson has been attached as an Associate Producer for the film.

"I am thrilled to be able to bring the story of The Anguished Man on the screen," Ricks said. "There is something really intriguing about haunted items and especially haunted paintings - they really appeal to our biggest fears and imagination".

With Sean Robinson as an Associate Producer, the filmmakers are planning to let people all over the world see the most haunted painting in the world live. "I wouldn't recommend touching the painting, but it would be great to take the painting with me to conventions and paranormal events, to meet people and to let people feel the paintings weird energy," said Robinson.