District Eleven® is urban wear that is built on the foundation of the 11:11 phenomenon. Many of you may already be aware of the existence of this phenomenon and can immediately relate, however, for those who are not, I would like to incite awareness of this strange yet inspiring worldwide event!

One of the most frequent and infamous case of the phenomenon is time clocks being noticed by individuals at the exact time of 11:11. Similar to making a wish at the sight of a shooting star, when the 11:11 phenomenon is noticed, a commonly practiced ritual is for the experiencer to make a wish or say prayer.

Nonetheless, there are other eleven sequences appearing on licenses plates, building addresses and receipts, and plenty more sequenced synced elevens tailored to that individual’s life and personal understanding.

Furthermore, the inspiring essence of this phenomenon takes place when one sees it and follows it. There are stories of people who sought more than just an “11:11” wish. Those individuals wanted a deeper understanding of the unknown synchronicities that kept occurring. While writing off the fact that coincidences do not exist because everything happens for a specific reason, these people utilized the phenomenon as confirmation of their current thoughts and path they were headed towards. In doing so, the 11:11 phenomenon essentially was utilized as a vessel to lead them to live accordingly to their hearts’ and physical desires. Conclusively, it is believed these individuals were being guided” towards an awakening state of true destiny through universal encoded messages.

The discovering of one’s true destiny with “11” symbolizing the light down your path is what the District Eleven® brand stands on. District Eleven® is a clothing brand that provides a life changing opportunity channeled through the realization and the 11:11 phenomenon and can be seen as the magnetic force that gravitates you towards your true calling outside of the status quo. Given this our clothing designs also encompass “light up” features to symbolically represent the illuminated paths of the each individual's’ journey (as seen below). 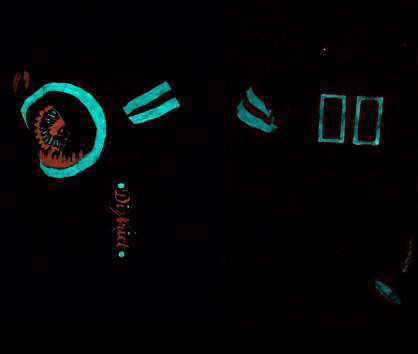 * more images on Kickstarter campaign page
Moreover, District Eleven® is currently running a Kickstarter funding campaign. Please help us spread the word and awaken more individuals, while also creating more inspiring clothing. If you would like to pledge/donate to the District Eleven® clothing brand please visit the Kickstarter link below for more information. Thank you, and again, welcome to District Eleven®!