A Portal to Another Realm?


In this special featured article, Unearthly News contributor Peter Rosendaal describes some seemingly inexplicable occurrences that he has encountered in and around the doorway to his house... 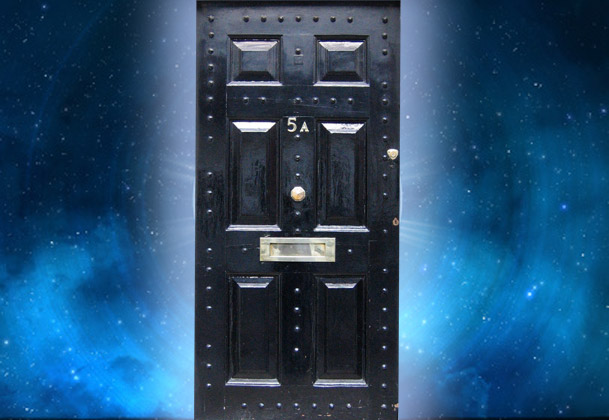 Original Image Credit: Richard Smith. Original Image Source: Flickr.
I have recently experienced some unusual and unexplained phenomena at and away from my home, but much of it seems to be centred around the entrance to my home. Allow me to explain...

Several months ago, I woke up in the early hours of the morning to the sound of my doorbell. As you can imagine, I was somewhat alarmed by this, so threw on my dressing gown, went cautiously down the stairs and opened the front door. There was nothing and nobody there! Subsequently, the same thing happened several times on other nights until I went on holiday to Australia in January. Strangely, while I was staying in Melbourne in my uncle's house, on two separate occasions in the middle of the night, their doorbell rang and similarly, when he went to answer it there was nobody there. When I asked if that had ever happened before, he told me it had never happened until those two occasions when I was staying with them.

Since I returned home from Australia, the doorbell incident has happened on only one further occasion during the evening, but that is not the end of the strange occurrences that have been happening around the entrance to my home, in fact things have really started to hot up over the last week or so...

Last Sunday evening, I went out to the shop after it had gone dark. I went to pull the front door closed by the handle and felt something slimy on my hand. I went back into the hallway, switched on the light and there, jammed spread eagled between the handle and the door was a dead crow! I was quite shocked and quickly flicked the offending carcass into the road. 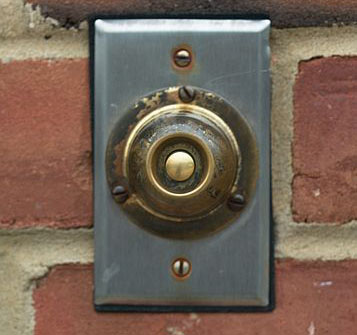 Image Credit: Jim Kuhn. Image Source: Flickr.
One evening last week, the doorbell rang again. Expecting no one to be there when I answered, I was quite surprised when there was. It was an unusual young boy on a bicycle. He asked if I had any large cardboard boxes he could have. I thought this an unusual request and did not answer straight away. He pointed to a lock up I have outside and said "you have some in there don't you?" Well, that gave me quite a shock, because there was no way he could have known, but I did indeed have one large box that my TV had been in when I bought it and two medium sized boxes. Feeling somewhat unnerved by the unusual boy's seemingly extra sensory perception, I just wanted him gone, so I unlocked the door, gave him the largest of the boxes and asked if he wanted the others as well. He said the large one would be fine and off he rode while I put the other ones back, locked up and went back inside. Around 10 minutes later, the doorbell went again and lo and behold, it was the strange cycling child once more! He asked if he could possibly take the other two boxes as he was struggling to cut the other box with his scissors. I asked no questions, just gave him the remaining boxes and let him go on his way. That was the last I heard of the unusual youth.

Just two days ago, I had been out on my own bicycle and when I arrived home, the flap of my letterbox had somehow detached itself and lay strewn on the ground. I cannot think of any possible explanation for this as it had shown no signs of being about to break before.

One thing I have noticed of late though on my garden post directly adjacent to my front door, has been a lonesome magpie which appears to stare directly at the front door. Indeed as I write this, the bird has once more appeared. I don't know whether it can sense the strange presence which I believe to be some kind of portal to another realm or whether it is directly part of the portal itself, but I await further signs to help me conclude precisely what strange forces are at work here.

Editor's note: After submitting the above article, Peter reports that at the exact moment he pressed send, his doorbell mysteriously rang again. Once more there was nobody in sight - the strange occurrences continue!