Alleged footage of a UFO encountered by US Navy supercarrier USS Nimitz has re-emerged on the internet following a recent revival of interest in the case. 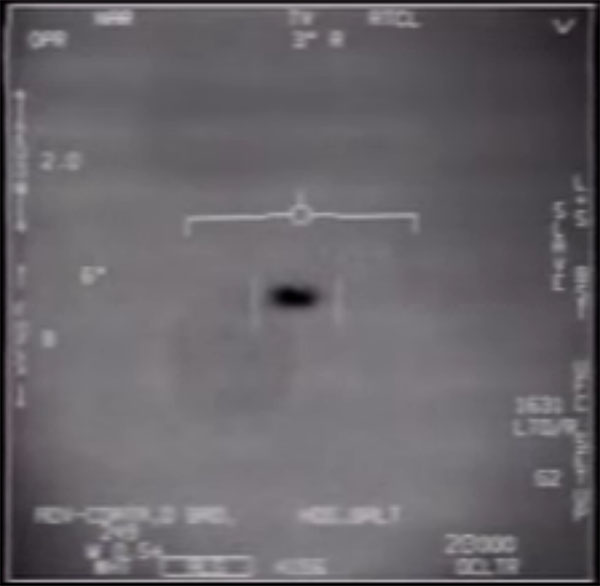 Image source: YouTube
The alleged encounter occurred in 2004, and was recently described in detail as a genuine case by a former government official during a live video stream organised by former Blink-182 vocalist Tom DeLonge.

Following a new surge of interest in the case generated by the DeLonge event, alleged footage of the incident has now resurfaced on the internet. Documentary film maker Jeremy Corbell revealed on radio talk show Coast to Coast AM this Sunday that he had verified the footage as being genuine, and had checked it with original witnesses who confirmed that the footage did indeed come from the 2004 USS Nimitz event.

A version of the military camera footage posted on YouTube can be seen below.