Summary of the Strange 2015 – Ghosts and Hauntings


There was no shortage of ghostly happenings in 2015, some more believable than others. In this article we have summarised some of the more prominent paranormal activity from the last year. 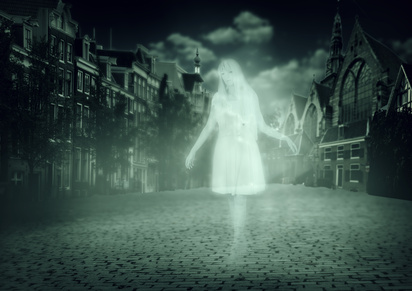 Mysterious Voice Calls for Help after Fatal Car Crash
In March, a young woman named Jennifer Groesbeck lost control of her car and crashed over the side of a bridge. Police did not arrive at the scene until fourteen hours later. When they arrived, several officers claim they heard the voice of a woman calling out to them from the wreck. When they got in to the car they found Jennifer dead, but her eighteen month old daughter still alive in the back.
Read more at: nj.com

CCTV Captures 'Ghost' Pushing Woman to the Floor
This remarkable video from February purportedly shows a woman in Chile being knocked over by an invisible ‘ghost’.

Britain’s ‘Most Haunted’ Shop
In 2014, a series of videos emerged from an antiques shop in Barnsley showing what appeared to be poltergeist activity. When a medium visited the shop in January 2015, the spooky activity was captured again.
Read more at: mirror.co.uk

The ‘Charlie Charlie’ Challenge
In May, social media went crazy as teenagers across the world attempted to summon a Mexican demon in their bedrooms by balancing a pencil on another pencil. However the craze was short lived when it turned out to have been sparked by a marketing stunt for a new horror film.
Read more at the links below:
independent.co.uk
independent.co.uk

‘Haunted’ Puppet Captured Moving Inside Glass Case
In August, a locked-off video camera captured the moment when a puppet appeared to move on its own within a glass case. It had been alleged that the puppet had attempted to choke its former owner before being locked away.
Read more at: dailymail.co.uk

TV Medium Colin Fry Dies Aged 53
A sombre moment came in August when famed TV medium Colin Fry made his own trip to the other side after losing a battle with lung cancer.
Read more at: bbc.co.uk

Chair Captured Moving on Its Own
A ghost hunting team from Newcastle were astounded when they captured footage of a chair moving by itself in an allegedly haunted house.

‘The Ghost That Screamed’
Although this photo was actually taken in 1984, it only came to light in 2015 when featured on paranormal TV show ‘CaseFiles Unknown’. The image shows the wreck of a fatal car accident, overlaid by the alleged apparition of the young man who died in the crash.
Read more at: paranormics.com

TV Presenters Shocked by Moving Glass
In December, footage of a glass apparently moving on its own during a live TV broadcast made waves on the internet. Whether the glass was moved by paranormal means or not has yet to be established.

Ghostly Figure Caught on Camera in Cemetery
A bizarre image was caught on camera on Halloween night by an Australian paranormal team. The image seems to show the ghostly figure of a man, walking ominously amongst the gravestones.
Read more at: dailytelegraph.com.au