Summary of the Strange 2015 – Weird Creatures and Monsters


Much footage of bizarre creatures and alleged monsters emerged in 2015, most of it very difficult to verify. In this article, we have summarised the most interesting creature stories from the last year. 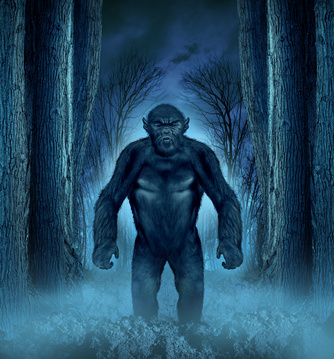 DNA Evidence Suggests 19th Century 'Apewoman' Was a Yeti
In the 19th century, a Russian woman named Zana was dubbed the ‘Apewoman’ due to her incredible height and strength. Recent DNA testing has purportedly found that some of her DNA was not human.
Read more at: dailymail.co.uk

Australian Town Stunned as It Rains Baby Spiders
Residents of Goulburn Australia were horrified when spiders began raining from the sky, allegedly landing and nestling in people’s hair.
Read more at: mirror.co.uk

Weird Green Ribbon Worm Caught on Video in Taiwan
This strange green creature, like something out of a horror movie, was caught oozing its way across the ground by a fisherman in Taiwan.

Farmer Finds 'Werewolf' Skull in Buried Box
A farmer from Macedonia had the fright of his life after ploughing up an old box containing what appeared to be a werewolf skull. However, sceptics believe it could just be the skull of a deformed wolf.
Read more at: express.co.uk

'Spaghetti Monster' Filmed off Angolan Coast
This strange looking deep-sea creature has only ever been witnessed a handful of times before finally being captured on camera by a team from energy giant BP.

Terrified Man Sets Himself on Fire after a 'Yeti Said He Would Die Soon'
The Russian man allegedly came face to face with the creature in the Taiga forest. After returning to his village his dowsed himself and petrol and set himself alight. He later died from his injuries.
Read more at: dailystar.co.uk/

Weird Animal with 'Body of Buffalo and Head of Crocodile' Baffles Everyone
This strange creature was found in Thailand as is thought to have died shortly after birth.
Read more at: express.co.uk

A Life Size 3D Sasquatch Skeleton Shines Light on Sasquatch Posture
Dr. Jeff Meldrum of Idaho State University has created a hypothetical facsimile of a sasquatch skeleton to better understand how the mythological creature might appear in reality.
Read more at: bigfootlunchclub.com

Naked Man Pretending to Be Bigfoot Gets Ten Years
Hunter Jeff McDonald was somewhat startled after being attacked in the woods by a man proclaiming that ‘Sasquatch kills the hunter’. The man was later tried and convicted of attempted murder and sent for psychological testing.
Read more at: inquisitr.com